A nice sunny morning, light NW wind and a flat calm sea .A very quiet end to the month .

Joined by Arthur, Graham & Martin Daw and Doug this morning .

Offshore a raft Of MANX SHEARWATER  difficult to accurately count because of the distance was estimated to be at least 250 .Also

Walking over to South Huish Marsh at least 3 WHITETHROAT,

A cloudy morning with a few showers and a F6 NW wind.

Arthur had over his garden - 1 CURLEW, 5 WHIMBREL

Unfortunately the PURPLE HERONS did not appear until 14.00 when Vic & Sylvia had brief views of 1 . Pity as there were around 20 visitors with high expectations . I made another visit 17.00-18.00 without any sightings .

In the copse a m BLACKCAP, 1 WHITETHROAT, 2 CHIFFY and in the reeds 2 SEDGE WARBLER

Steady passage of SWALLOW , a few SAND MARTIN and total of 30 + HOUSE MARTIN

A bright sunny if cold morning, a hail shower at 12.30 dropped the temp to 5 degrees , that must be the coldest April day .

The 2 PURPLE HERON gave really good flight views for around 10 mins at 10.05- at last I have seen the 2 together. They are certainly a pair  probably 2cy birds . The habitat here is not ideal breeding grounds.

This afternoon a report of a m YELLOW WAGTAIL and a m BLUE HEADED WAGTAIL. 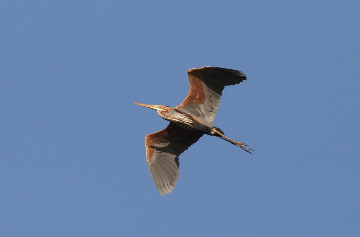 Whist a sunny morning with a F5/6 NNW wind this must go down as the coldest end of April day for years . Virtually no evidence of migration.

Under the footbridge a COMMON SANDPIPER

A cloudy morning with a light shower and a F5/6 NW wind - cold for the end of April .

Another day spent mostly looking for the PURPLE HERONS . Good views of 1 around 10.20-1040 in the ditch. This afternoon Eric had 2 in flight going into the copse at the far end of the marsh .

Never underestimate the ability to find birds by lady birdwatchers - yesterday morning there were at least 10 scopes scanning the marsh when Steph Murphy found one PURPLE HERON in the ditch, she also said she thought there were 2, a few hours later she was proved correct . Congratulations Steph always back your instincts !.

This afternoon along the lane near Huxton Cross 2m 1f YELLOWHAMMER

Arthur had 2 WATER PIPIT and in the copse a SIBERIAN CHIFFCHAFF.

Also in the hedges Steve Hopper had a LESSER WHITETHROAT ( 157 )

Confirmation there are 2 PURPLE HERONS 24 April 2016

A fine morning with sunny spells and a light N wind .

The surprise of the morning was realising the were in fact 2 PURPLE HERON . Both in the ditch at the left hand side of the marsh. Only viewing point is from the table at the side of the National Trust cabin.

I cannot find any reference in Devon Birds of more than 1 bird in the County before .

With so much time spent concentrating on the Herons no seawatching today . Other birds on the marsh - 1 LITTLE RINGED PLOVER, 1 RINGED PLOVER, 3 WHIMBREL, 9 TEAL, now 4 COOT, 4 WHEATEAR and 3 SWIFT over

A fantastic day on the patch  with almost all the action between 12-15.00.

5 DUNLIN, 2 WHEATEAR. The 3hour purple patch started at 12.00 when I watched a PURPLE HERON(154 ) fly in off the sea and land 30 yards from me ( I was at the copse gate ). This is only the 2nd patch record after the first in 2014 and is the first adult .Traditionally secretive it was only seen by Pete Aley and 3 other visitors . Next surprise was a sp

WOOD SANDPIPER (155) showing very well on the front pool, only the second spring record in 8 years.Whilst looking for the Heron a LITTLE RINGED PLOVER found at the back of the marsh . In the bushes a m & f REDSTART (156) picked up ( another scarse spring visitor ) Other highlights - 3 YELLOW WAGTAIL, 1 WHITETHROAT , 1 WATER PIPIT, 1 SPARROWHAWK and at 15.30 18 WHIMBREL landed on the marsh .

12 SHELDUCK, 8 TEAL. This afternnon a report received of 2 YELLOW WAGTAIL ( 152 ).Another WHEATEAR on the rocks .

Morning - 25 WHIMBREL ,at least 2 CURLEW in with them,

Many of the Barwits were in summer plumage -nice

A few warblers through the garden early - 2m BLACKCAP,

4 CHIFFCHAFF, 1 WILLOW WARBLER, both SEDGE and REED WARBLERS singing in the marsh

Roger and Helen ringing this morning awaiting details will post later.Helen had a fly through CUCKOO ( 149 )

A fine and partly sunny morning, joined by Graham and Chris, with Roger and Helen ringing . A very good morning with 5 patch year ticks !

Arthur went up to Soar and was  rewarded with fine views of a HOOPOE and a cracking male BLACK REDSTART. Hoopoe was in Hotel car park, later seen by Alan by the cottages

A sunny but cold morning with a F3/4 N wind

Having been away for a couple of days went down to South Huish Marsh at 16.00- Best arrivals were 3m 1f WHEATEAR ( max this year ) ALBA WAGTAILS totalled 16 of which 4 were WHITE. 8 TEAL and 6 SHELDUCK on the water. 20 SWALLOW and a HOUSE MARTIN over

As we were staying in Wallingford convinced Anne the best

fresh air would be a walk around this reserve.

Managed to spend 4 hours some good birds - typical that a number of species   seen in the previous days had moved on .

Plenty of Birders visiting , I was probably the only one captivated by the RED KITE picking up scraps only 25 feet away - magical .

Quick visit before we had to set off for Wallingford ( Oxon )

Noticeable absence of WHEATEAR this spring anyone else in the same situation ?

Another fine spring day with only a light E breeze . Bay watched for an hour before moving on to the Marsh and Ley .Joined by Pete Vedstone  today

On the rocks 8 OYSTERCATCHER and 2 TURNSTONE. Interesting were 4 BUZZARD which came in very high off the sea .

At least 3 pairs REED BUNTING on site and 1 WATER RAIL.

At Aveton Gifford Eric had a Red Kite over at 15.15

What a difference in the weather today - lots of sunshine, light E breeze and a flat calm sea -

After yesterdays passage was back in the car park for 08.05 and later joined by Arthur and Graham . Some passage still upto around 11.30

7 WILLOW WARBLER, 4 CHIFFCHAFF, 2 SEDGE WARBLER ( 140 ), one of these was a retrap from last year when it was ringed as a juv at this site

Roger also confirmed the ringed GOLDFINCH i found in my garden was ringed by him at S M Ley in AUG 2015 as a juv ..

All the ingrediants for some interesting seawatching - S/SE gales , chance of showers and reasonable viz. - and it was !

The SCOTER  flocks were up to 20 in the morning , 50 settled on the sea in the afternoon

Eric at nearby Aveton Gifford had a flock of 30 BAR TAILED GODWIT fly high up the valley at 11.25  .

Still easterly winds for Monday scope to the fore again

Spring passage has dried up -

With only 1 GANNET in almost an hours seawatching went over to Buckland Valley to find - 2 JAY, 4 CHIFFCHAFF, 2 COAL TIT, GOLDCREST, 1 GREAT SP WOODY.

Decided to walk round South Milton Ley - good move , a flock of 60 LINNET moving through the stubble field , 16 CHIFFCHAFF,

GREY WAGTAIL , 2 GREAT SP WOODY and singing in the bushes by the bottom gate the frist WHITETHROAT ( 136 )

A morning with F7/8 WNW wind and frequent heavy showers .

Offshore 14 GANNET . The morning was made worthwhile at 11.30 - drove back to the car park to have a final look over the Bay , picked up a white winged gull sheltering in Leasefoot Bay with 6 HERRING GULL , at times no more than 50yards off, a very nice 2w ICELAND GULL (135 )

. Last year only KUMLEINS GULL was seen so a nice record

Offshore nothing until 12 .20 when a BLACK THROATED DIVER picked up on the sea  ( not many of these seen this year )

Nick had in his garden- JAY and 2 BLACKCAP

News rec'd from John Ward ( lives at Badgers on the road near S M Ley ) , yesterday evening both BARN & TAWNY OWL, JAY and at BUCKLAND Park Farm a pair of GREY PARTRIDGE.

This afternoon throgh my garden 2 CHIFFCHAFF and a WILLOW WARBLER

An overcast morning with an increasing SE wind around F3

A first recovery in my garden - an Ad GOLDFINCH with ring Z831055, further details to follow

CIFFCHAFF have arrived in force - after a good ringed count yeaterday , heard more than 10 scattered around the patch ( did not visit S M Ley ).

2 STARLING , 1 SWALLOW . A neighbour has a pair of RED L PARTRIDGE now resident in her garden,- could this be a first breeding attempt ?

A total of 54 species recorded

Some stunning photos of  SQUACCO HERON by Alan Doidge 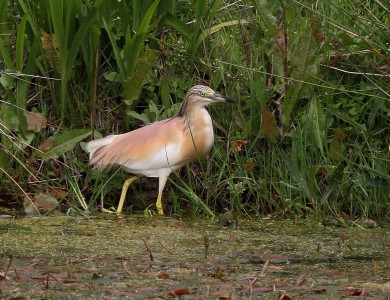 Consensus of opinion is there is at least 2 birds in the South Hams area . Confirmed by simultaneous sights last night of birds at Beesands Ley and at Prawle Point . Still one bird on the Scillies. Until comparison of photos  can be made the jury will have to be out on whether the South Milton bird on Wed was another one ! 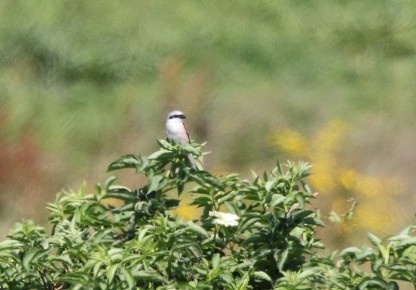 Not often in Devon that an opportunity arises to compare these 2 species .

ACREDULA is a sub specie of WILLOW breeding mostly in Scandanavia usually  above 63o North , studies have confirmed that they winter in different habitats in Africa

Have received these photos from Roger and Helen of a bird ringed on the 11 August at South Milton Ley, whilst I missed this, I was fortunate to see one that Bob ringed a few years ago . You really do need to see them in the hand to appreciate them. 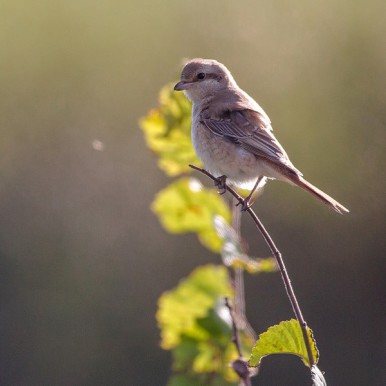 Some Recent photos from Alan Doidge