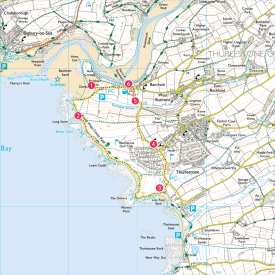 Thurlestone Bay is a bird rich area of the South Hams (part of devon). Although not having an estury the patch has several sites which produce a wide diversity of species.

Individual sites which collectively are referred to as Thurlestone Bay are :-